A lot happened with Kelvin Sholar. Besides he´s travelling a lot and spreading his music, he has composed a lot and soon his work will be published for you all to listen.

As he experiments, develops and mixes with different genres – from classic jazz, to electronic sounds – he might have created a new genre, which could be called „new detroit“.

Together we recorded his concert at Ritter Butzke in Berlin, which he played for BerMuDa (Berlin Music Days), 1st of November. Out of this recordings we produced two videos for you – the audience – to get an impression, which bandwidth his music has and to prepare you for the album release for „New Detroit“, March 22nd 2013.

The videos „K of 7“ and „Orange“, as well as the album cover were produced, respectively designed by ap. 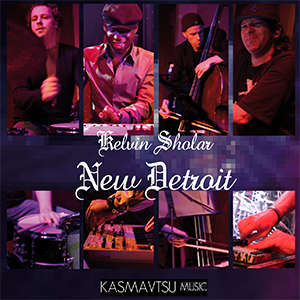